I experienced an interesting reversal recently: leaving the warm and brilliant sunshine of Vancouver, I arrived in Los Angeles International Airport to be greeted by clouds and rain. Let me tell you, the crowds and traffic of LA are a lot less novel in bad weather. Fortunately, the pattern for the duration of my brief stay was a morning of clouds and an afternoon of sunshine. But this unusual weather led to a fascinating drive to my next blog-worthy destination: Joshua Tree National Park, about two hours east of LA, in the empty and otherworldly Californian desert. The morning dawned cloudy and dark, with low hanging clouds or fog (or smog) obliterating the trademark Californian foothills. As I drove east, the strong desert sun began to break though, leading to a haunting transition zone wherein the air around the winding highway was a bright, glistening white, and thousands of massive wind turbines gently poked their arms out of the white sea on all sides of me. Continuing east though the mountains and entering the desert-proper, the sun broke free in the blue sky; it was going to be a scorching day in the park.

I stopped to eat at the Frontier Café in Yucca Valley – this charming building has the old-timey wooden saloon look cultivated by many buildings in this part of the state, but has the colourful and eclectic interior of a modern, local café. The food here was fantastic (I had the breakfast BLT and some fresh-brewed ice-tea), and after making some brief park plans, I hopped back into the car to complete the twenty minute drive to the west entrance of Joshua Tree National Park. This is generally the busiest entrance, but this was not at all an issue on the day of my visit. As the park generally doesn’t recommend hiking in the desert in the summer heat, I basically had to the place to myself. I received a warning from the park ranger: I need you to stay sun-screened and hydrated! Fortunately, I had an air-conditioned car packed with water bottles to drive around in, so I felt prepared to tackle the heat.

This was my first time to the Californian desert, a vastly different landscape than where I grew up. The plains were yellow, broad, and gently rolling, but far from the barren rocky sand I had imagined. The whole park was studded with green desert plants – tons of shrubs and wildflowers that I can’t name, and hundreds upon hundreds of the famous Joshua tree. Joshua trees are found in this small region of the United States only. Something like a stunted, bendy palm tree, no two trees look exactly the same. The branches can grow straight and symmetrical, or wacky and twisted. While I’ve probably seen enough to last a lifetime, their iconic profile against the desert sky was definitely worth a visit. Plus a coyote ran in front of my car, which was pretty cool.

Joshua Tree National Park was established in 1936, and spans two desert ecosystems: the Mojave Desert and the lower Colorado Desert. A few main roads road through the park connecting its various entrances. The park is famous for, well, Joshua trees, but also for its bizarre rock formations and historic mines. In addition to the networks of trails for walking/hiking, the park also offers a number of campsites, some world-class rock climbing, and an immensely dark and star-splattered night sky for stargazing. Fun fact: there used to be a UFO-themed festival hosted here, where alien aficionados from around the country would gather to watch the skies. While the festival is no longer running, this aspect of the park’s past can still be glimpsed via some of the quirky businesses setting up shop on Twentynine Palms Highway, which runs past the park. I stuck to the park roads and used the tourist map I had obtained at the gate extensively. I made a number of short stops to grab photos of famous rocks and meander around short trails, on the lookout for rock climbers. I found one group only, lurking in the shadows near a picnic area, working on some relaxed and slabby top-rope routes. As the temperature climbed to 40 C (104 F), I was actually surprised to see anyone at all.

My longest objective that day was a hike up Ryan Mountain, the highest point in the park. From the summit, you are treated to a 360 view of the park’s bizarre rocks, open plateaus, and distant hills. The parking lot for the Ryan trail was bare save for a few cars. I parked, lathered on the sunscreen, and stuffed my small backpack full of water.

While not a difficult hike by any stretch (326 meters (1069 feet) of elevation gain with a round trip distance of 4.8 km (3 miles)), the heat of the day made it harder than it should have been. I suspect the elevation might have taken a bit of a toll also. The trailhead was at about 1500m (4921 feet), which is about the height of the top of a large mountain in Vancouver. While I started early to avoid the worst of the heat, the mornings heat up quickly in the desert summer, so I probably only saved myself a few degrees. Very luckily, however, there was a nice breeze for most of the hike, plus pockets of shade, which made it much more bearable. A fast pace brought me to the top in about 45 minutes. After admiring an inexplicable rock pile, the wacky trees, and hazy brown desert against the sharp blue sky, I seized my opportunity to run down this quiet trail, making it back to the car in about 20 minutes.

While I had limited time in Joshua Tree National Park, here were a few stops of note on my list: Jumbo Rocks, Skull Rock, Hall of Horrors (less dramatic than it sounds), Arch Rock, Ryan Mountain, Forty-nine Palms Oasis, and Desert Queen Mine.

A trip to Joshua Tree National Park is certainly not complete without a stop in the town of Joshua Tree itself. When I say town, I really mean the one little line of cute shops and restaurants designed to pull tourists like me in to spend money. The main street has a charming old-fashioned feel, but some of the businesses adopt a strikingly modern aesthetic (coffee, yoga, beer, climbing equipment… am I in the Pacific Northwest still?). I really enjoyed the eclectic shops, and all the food I tried was absolutely fantastic. I grabbed lunch at the vegetarian Natural Sister’s Café, then headed across the street for an amazingly creamy nitro cold-brew coffee from Joshua Tree Coffee Company, then a beer and a long stay on a lovely patio at Pie For the People! (the exclamation point is part of their name, and not added by me for effect).

Although my time in Joshua Tree was quite brief, here are a few helpful things I learned:

Now that you’ve feasted your eyes on some Joshua trees, would you take the trek to this unique National Park? What activities would you like to try there? I’m personally very upset that the UFO conference doesn’t meet anymore, as that would have been amazing people-watching. Let me know your thoughts in the comments below! 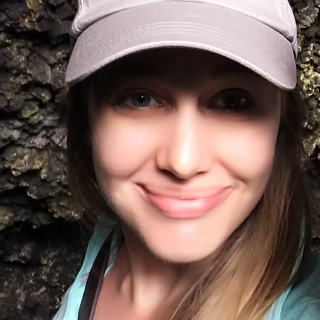 Hi, I’m Emily, and welcome to Ridge and River! As a Pacific-Northwest local with a slight obsession with mountains, I aim to provide tips, trail reports, and inspiration on all things adventure. Whether you’re a weekend warrior, an outdoor enthusiast, a gear-junkie, or a couch potato with a New Year’s resolution, I hope you’ll find something here to get that next trip on your calendar!

Early May snowstorm on top of Mt Beautiful on the Halvor Lunden trail. 20km loop on the ridge, with a view of Swan Falls. Still a couple meters of snow up there, despite the warm spring weather in the city. #coquitlam #bunztenlake #wintertrails #winterinthemountains #springhiking #vancouvertrails #vancouveradventures #explorebc #bcadventures
Crossed off Goat Ridge this beautiful hot weekend. Stunning 360 panorama of all my favourites in Squamish, but pretty intense, especially in deep snow. 32km, with 1800+m of gain. GPS navigation is required this time of year, and be ready to fall face-first down some pretty steep slopes. Maybe check this one out in summer. 😅 #squamishhikes #squamish #mountainadventures #mountainridge #goatridge #skypilot #bchikes #vancouverhikes #vancouveradventures #vancouvertrails #wintercamping #winterinthemountains
Throwback to hot summer days and long kayak trips. ☀️ #desolationsound #summerinbc #kayakingadventures #explorebc
Spring in Vancouver, but winter in the mountains! Spent the night at Garibaldi lake being classy with a bag of wine. No campfire, but Tesla came through for us in the end. #garibaldilake #garibaldiprovincialpark #whistlerhikes #bcparks #bcmountaineer #wintercamping #winterbackpacking #wintertrails
Throwback to some lovely spring climbs in my favourite place! Warm and sunny weather this week means it's time to dust off the trad gear. 😁 #springiscoming #springclimbing #tradclimbing #rockclimbing #squamish #squamishrocks #skywalker #iloveclimbing
Icy jaunt up one of my local favourites - the Chief, 2nd peak. Getting stoked for spring rock climbing! #squamishhikes #thechief #vancouverhikes #springiscoming #winterworkout #trainforclimbing #getoutdoors #saturdaymotivation #howesound